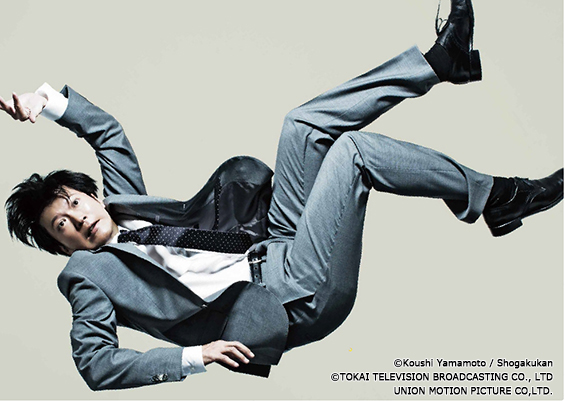 INTRODUCTION
Life doesn’t go as you want it to be, but everybody survives a regular life anyway. Life is full of thorns, same as the mind of human. We often fall into difficulties. Those difficulties make us feel worried, anxious and fear. We also swarm around and run away to save themselves Finally we stop fighting against any difficulties. It is like thorns stay inside and hide themselves.

SYNOPSIS
Haruyuki Kuranaga, a city hall officer, is a man who lives a stressful life. He is irritated by being between his boss and subordinate, unreasonable orders from the citizens, suspicious behavior of his wife, mysterious harassment…and so on. He only enjoys complaining to his pet arowana and drinking low-malt beer. Many cases and troubles surge against him just like a chain reaction of the misfortune, however, he holds out even though he is involved in troubles. And he becomes aware of his sense of justice! He is awaken to a fight!! The troubles which easily occur for anybody else is described humorous, pathetic and ironic. This is a drama for everybody who lives stressful life and also ones who is far from any stress or thorns. Let’s fight against difficulties together with Haruyuki!