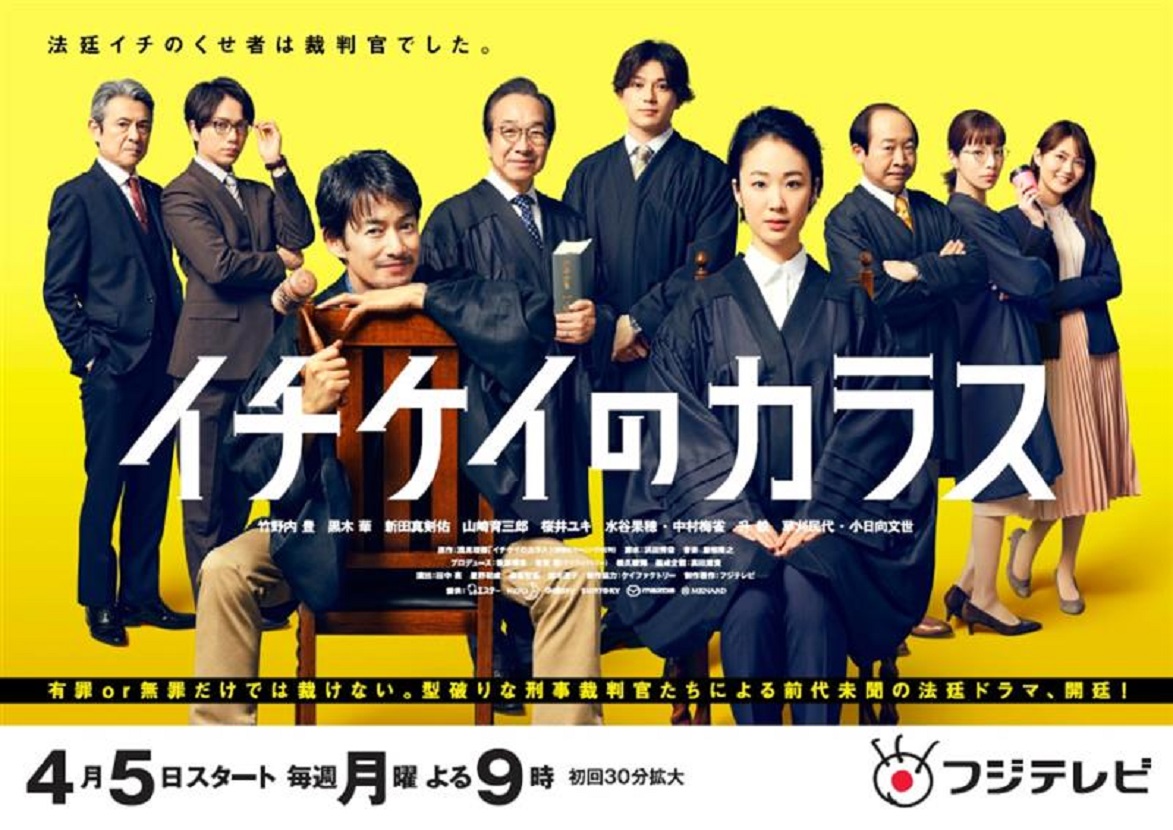 The protagonist of this story is Michio Iruma, an unorthodox criminal court judge who takes it upon himself to verify crime scenes, to uncover the truth of incidences, in order to ensure that there are absolutely no false accusations.

With a beard and casual clothes, there’s this sense of a laid back atmosphere about him, often speaking out in a slow manner. He is far from the image of an uptight judge, but a unique one feared by both lawyers and prosecutors for his free observation and an inquisitive mind, that is free from any ties, prejudices, or preconceptions.

On the other hand, for criminal court judges usually in charge of around 250 cases at any given time, one of their major missions is to handle cases quickly and efficiently. So, the members around him are always puzzled by Michio, who digs deeper into cases at his own pace, almost as if none of this affects him. In fact, Michio has a unique background as a former lawyer…

★Based on the manga " Ichikei no Karasu" by Rito Asami originally serialized in MORNING magazine published by KODANSHA LTD.