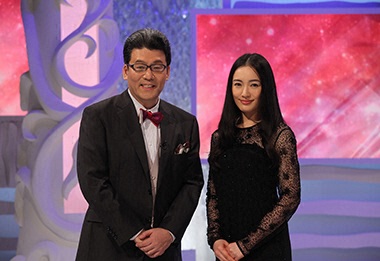 Airing for the first time in 1964, the year in which Tokyo Olympics was held, MUSIC FAIR has been loved by fans throughout the years. In fact, the show has been aired over 2,400 times thus far, in over 48 years. Even a new Guinness World Record was born from the show; singer Ryoko Moriyama was recognized as an “Artist who appeared on one particular program the most number of times” on this show, appearing a total of 120(!) times. The show continues to mark milestones and create records, without losing its authenticity and original esprit.