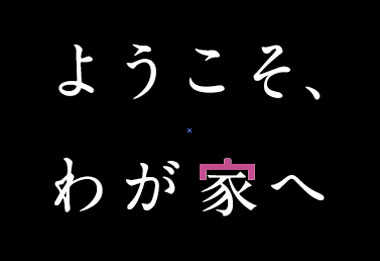 Your Story is a drama adaptation of the bestselling novel by the renowned novelist Jun Ikeido, who wrote the original story of the recent smash-hit Japanese dramas, including “Hanzawa Naoki,” “Roosevelt Game,” and “Hanasaki Mai Speaks Out.” Finally after long anticipation, a dramatized version of Ikeido’s work will be aired on Fuji TV for the first time! The original novel by the same title has attracted a lot of attention as its story features "the weakest hero of all Jun Ikeido's books. As of January 2015 the book has sold over 500,000 copies.

Kenta Kurata (Aiba Masaki) lives with his parents and younger sister in a modest house in the suburb and works as an unsuccessful commercial designer. Because of his timid and unassertive personality, Kenta has a tendency to want to avoid conflict with others. Although Kenta is very much alike to his father in this aspect of his personality, he feels frustrated with his father for being “spineless and unreliable” and does not want to be like him. With the sour relationship between the father and the son, the Kurata’s may not be a perfectly happy family, but still it seemed as though they were leading somewhat calm and ordinary lives. However, all that changes after one day, while waiting for the train, Kenta told off a man who pushed a woman and cut in line. From that day on, the Kurata’s house becomes the target for a series of harassment and various stalking-related incidents. Kenta attempts to figure out the person responsible and solve the problem, but then he comes to realize that there are several people around the family who could possibly be considered suspects…