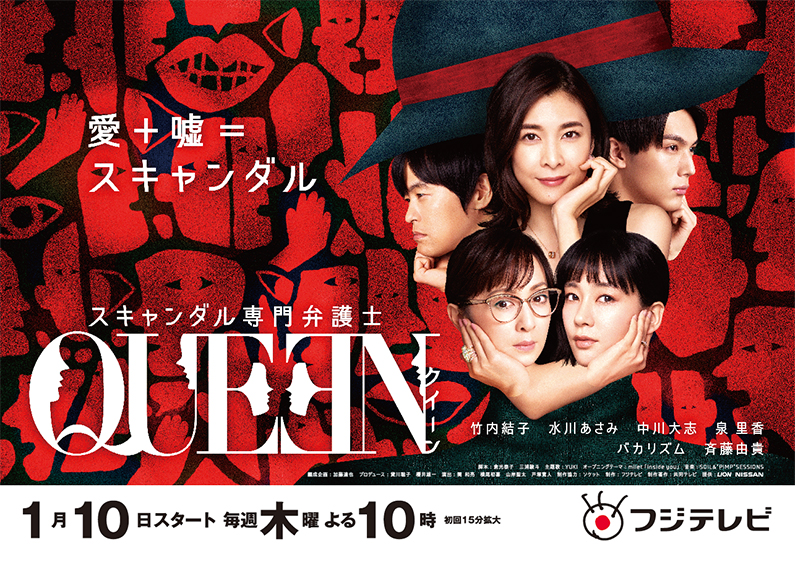 The main character, Himi Kou is a lawyer who is an expert in the field of crisis management. Her main area of activity is not in a courtroom, but within the shadows of many of the big scandals.

As a genius “spin doctor,” she has managed to solve 99.9% of her client’s issues and requests. If need be, she would even manage to reverse falsehood into justice.

And most of all, she has a strong belief in supporting women, especially those who are stuck in a crisis and will go all the way to solve some of the most tricky cases. This is a drama which depicts such a determined character who takes whatever step she needs to help people who are at the edge of their lives!

Himi Kou (Yuko Takeuchi) is a lawyer who is an expert in the field of crisis management. As a genius “spin doctor,” her main area of activity is not in a courtroom, but within the shadows of many of the big scandals.

One day, after successfully wrapping up a sexual harassment case, a sudden incident occurs at a TV station for which she must deal with immediately.

Himi Kou (Yuko Takeuchi) has to deal with a new case, when employees from a major PR company come to discuss about a particular harassment issue involving one of the staff members, which had been published in one of the weekly magazines...

At the law office, Himi Kou (Yuko Takeuchi) and her co-worker is beginning to get frustrated due to the endless inflow of work, giving them no time to rest. In the midst of this, Taro Suzuki invites a completely new client for them...

When Himi Kou (Yuko Takeuchi) is switching over various channels on TV at the office, she sees a government minister discussing about the situation with nursery school waiting lists in Japan. Meanwhile, her co-workers begin to offer their opinions about the matter too...

An economic analyst comes to visit Himi Kou’s (Yuko Takeuchi) Suzuki law firm. It turns out that she wants to get a divorce, but it has been difficult to convince her husband to do so, therefore requests the support of the crisis management team. Meanwhile, they all try to uncover the background as regards to the reasons for her intentions.

Himi Kou (Yuko Takeuchi) and the members of the crisis management team at the Suzuki law firm have to deal a new case which involves a possible power harassment issue connected with a famous novelist.

Himi Kou (Yuko Takeuchi) and the members of the crisis management team at the Suzuki law firm are watching an infotainment show on TV, on which the show is covering the topic of unauthorized credit card usage. It eventually turns out that the security protection system was not up to the level it should have been.

Himi Kou (Yuko Takeuchi) and the members of the crisis management team at the Suzuki Law Firm receive a desperate request to support a medical researcher, after accusation against the contents of her papers arise on the internet.

Tension mounts as accusations of a major scandal forces Himi Kou and the Suzuki law firm to a crisis. Meanwhile, Taro Suzuki comes out with a shocking news.

One of the weekly magazines release an article regarding Himi Kou and her possible involvement in an electoral violation case five years ago. It turns out that one of the members from the ‘Suzuki Law Firm’ had leaked the information.