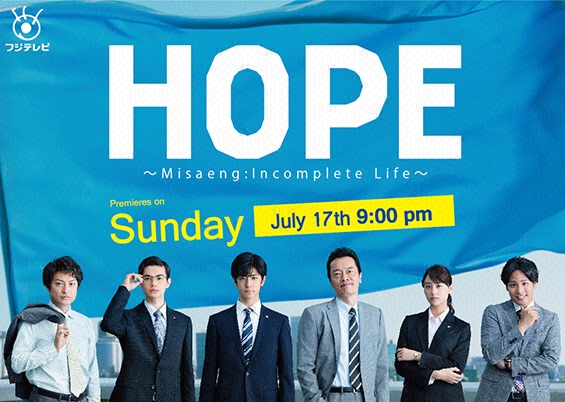 Ayumu Ichinose (Yuto Nakashima) has spent his entire life following his dream – to become a professional player of the game of Go. However, he kept failing the pro test and even missed his last chance before he hit the age limit to take the test. Seeing her son so devastated, Ayumu's mother introduces him to a one-month internship at a general trading company. Depending on his performance, he could get hired as the company's full-time employee. Aware of his mother's concerns, Ayumu decides to take up the intern position. However, having no college education or office work experience, he struggles from the day one to keep up with others who are all graduates from elite universities. Nevertheless, he is determined to never give up and strives to overcome the challenges he faces. Will this rookie businessman be able to survive and thrive in the harsh cold corporate world?