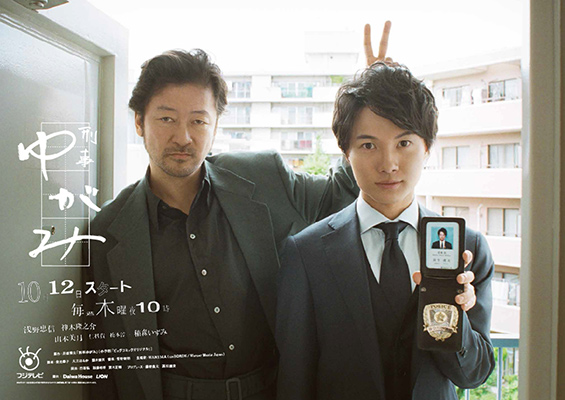 In a society in which justice is awfully subjective, and the possibility of finding the truth is so complicated, detective Yukimasa Yugami simply chases after facts of various cases. For Yukimasa, it doesn’t matter if the case he’s dealing with involves a minister of the government, a local teacher trusted by everyone in the town or even a serial killer. After all, as they’re all just people, they may all be considered a possible suspect. Yukimasa will casually approach potential suspects and talk to them in order to attain new information which may assist him in his investigations. All he is looking for are the facts. So, he feels that there is no point in following the rules, nor trying to read the atmospheres of the environment he’s in. For him, resorting to unique and illegal investigations is not out of the ordinary. He’s in a way a hero with unique investigation skills. To assist him, he also has a sidekick called Torao Hanyu, who’s a serious detective with a completely different personality. For Yukimasa, he simply wants to arrest as many criminals as possible, through his illegal investigation style, so Torao’s existence becomes a bother for him. In the midst of this background, two detectives with absolutely nothing in common somehow tries to combine their skills, in order to combat the enemies of society.