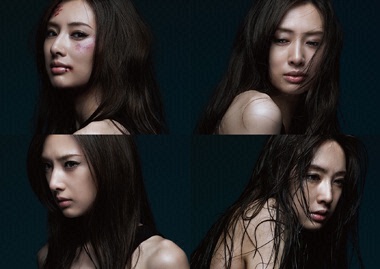 Based on Keisuke Matsuoka’s popular novel series by the same title which has sold more than 400,000 copies, Detective versus Detectives is a fast-paced, action-packed suspenseful thriller with a unique setting of “a detective chasing after detectives.” Rena Sasaki (Keiko Kitagawa) is a beautiful woman endowed with excellent memory and superior intelligence. Rena works as an investigator who pursues corruption among other detectives at a medium-size private investigation agency called Suma Research. What motivated her to take on such position is the fact that her younger sister Sakura was murdered by a stalker who was informed of her whereabouts by an unknown detective. One day after a year, Makoto (Haruna Kawaguchi) walks into Suma Research for a job interview and gets assigned to become an assistant for Rena. Working alongside Rena, Makoto comes face to face with the extreme work situation which is well beyond anything she could have ever anticipated.