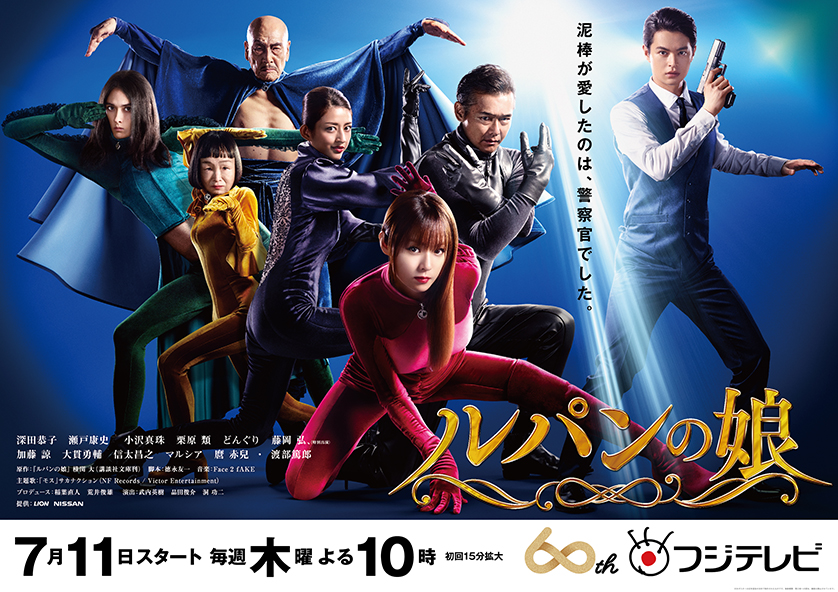 Coming from a family of thieves, Hana Mikumo is a librarian in the open, however, she gets caught up in a whirlwind of dirty mischiefs due to her skillful abilities as a robber.

Even though the ‘Lupin’ family motto is to only target the villains, Hana’s sweetheart called Kazuma Sakuraba, is always caught up in their thievery, due to his job as an investigator. At times, he is often attacked by some of these villains, and this in turn makes Hana feel the need to save him from them, but these kinds of action lead to unwanted consequences...

Hana Mikumo is invited to her boyfriend Kazuma's parent's house for the first time, and is incredibly nervous about the occasion. Meanwhile, she is asked many intimidating questions from a family who seem to very out of the ordinary....

Hana Mikumo begins to worry about the fact that she is the daughter of the “L family” composed of thieves. Despite her worries that the two I’ll-matched families may have to meet one day, Kazuma brings his mother and father who are all police officers to the “Lupin” family home...Will disaster await?!

Hana Mikumo's grandmother finds out that her boyfriend Kazuma is a police officer. Meanwhile, Hana immediately asks other to keep this strictly a secret as things begin to get very tricky...

Hana Mikumo gets the respect she deserves from Kazuma's mother. Meanwhile, Kazuma feels in a state of anxiety, knowing that he has to begin an investigation to arrest the "L Family" on order to be able to get married.

While Hana Mikumo was trying to rob a lump of gold, she coincidentally meets Kazuma. Whilst realizing that he may now know her real occupation, Kazuma all of a sudden calls for her...

Hana Mikumo gets found out by Kazuma, that she is from the "L" family. As a result, she deeply feels shocked knowing that a marriage between a police man is anything but possible...

Hana Mikumo gets discovered by the police, that her family is from the “L” family. Now that they are on the police “wanted” list, the family of thieves begin to plan their great escape...

Unexpectantly, Hana Mikumo gets put in handcuffs by her lover Kazuma. Whilst being escorted inside a police car, Hana's feelings for Kazuma enlightens...

In tonight’s episode, The “L” family is in a state of shock after Hana Mikumo’s grandfather passes away.
Meanwhile, a body is discovered at a riverbed which may link to new leads…