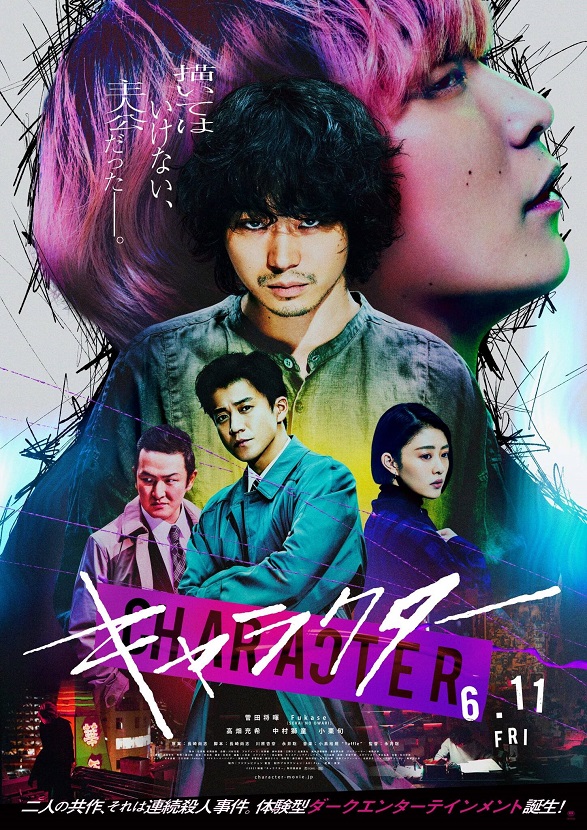 The protagonist, Keigo Yamashiro, who comes across the scene of a family murder while on a sketching trip and witnesses the murderer, is played by Masaki Suda, who has won various film awards including the 41st Japan Academy Film Prize for Best Actor, and is remarkably active as one of the best young actors. With his solid acting skills, he delicately plays the role of a talentless manga artist who is tormented by his inability to depict people's evil due to his good-natured heart, and is tossed by fate when he meets a murderer.

The genius murderer Morozumi, who meets Yamashiro and destroys his fate, is played by SEKAI NO OWARI's vocalist FUKASE, who is making his acting debut in this film. This year marks the 10th anniversary of his major label debut, and as an actor, he passionately plays the role, a unique and beautiful character whose existence is shrouded in mystery.