‘Daughter of Lupin 2’ with an abundance of love scenes and actions which include ‘close contact.’ Uncovering the challenging world of filming whilst considering essential COVID-19 virus prevention measures.

Filming for a drama series which usually take place in a windowless, “closed” studio, with many crew members all “crowded” together, whilst the cast members are also in “close-contact” with one another without masks or face shields, is a dangerous environment. This immediately required proper countermeasures ever since the COVID-19 pandemic struck.

And so, now we can pose the question; “What is the “New Normal” whilst shooting a drama series?

To answer this question, we spoke to Naoto Inaba, a producer at Fuji Television’s Programming and Production Department for Drama. He is currently supervising the drama series “Daughter of Lupin 2” being aired since October 2020. According to the producer, this drama airing as a sequel to the 2019 series, include many dramatical moments with a tendency for “close contact,” such as ‘love, action and vocal singing scenes.’

When it actually came to the start of filming, he created his own ‘guidelines for preventing the spread of COVID-19’ on the set of a drama series. With the 20-page manual which he had spent a week refining, he described to us about its essential contents.

On-site measures have been thoroughly manualized.

Originally, the occupational physician gave us some basic guidelines for filming, however, it was aimed for both variety shows and dramas. I made my own original manual for “Daughter Lupin 2” because a drama series has its own tendencies with completely different situations we must be aware of.

As its challenging to properly relay the guidelines to the crew members on location, if we only give them broad instructions, we asked them to re-confirm the following 4 basic precautionary rules.

■Wearing a mask at all times.

Based on these basic guidelines, I laid out virus prevention routines for each specific moments of a day. Situations from ‘waking up in the morning,’ ‘coming into work and preparing,’ through to ‘actual filming’ procedures, ‘break times,’ and ‘packing up for the end of filming.’

The experiences of a voluntary restraint lifestyle become the essence of the drama.

Q: I think a lot of people could relate to phrases like the “remote thief” and “voluntary restraint lifestyle” which comes up in the drama series?

It reflects the actual experience of the script writer, director and myself, when we used the video conferencing tool ‘Zoom’ during the preparation of the drama. Occasionally, the director’s screen froze up and the meeting didn’t go smoothly as planned, and thus this led to some frustrations. I’m sure many of you have encountered these experiences.

There’s a line said by Etsuko Mikumo (played by Maju Ozawa), “My shoulders are stiff, and my eyes are irritating because I keep staring at the screen.” This line was created out of an actual exchange which came out of the director’s mouth during an online meeting.

Q: Were there any directional parts to filming that became difficult due to the COVID-19 pandemic?

I was told that if we were to think carefully about essential virus prevention measures, we had to have lesser love and close-contact action scenes, and also that we shouldn’t be singing out aloud. If this should be the case, then this drama wouldn’t be possible (laughs). So, at the very beginning, I asked those in charge, “are we sure we could actually do this?”

In the end, we decided to cut back on the love scenes as much as possible and kept the expressions of affection to the bare minimum through hugs from behind and fewer kiss scenes. I asked the action director to stay within the strict guidelines of COVID-19 prevention measures, so that the scenes keep away from close- proximity combat.

Q: Could you describe your thoughts when the state of emergency was declared, and many filming locations were put on hold?

I mainly worked remotely, so for the first time in almost 13 years of working in production, I was able to be at home. We have four children, and since the birth of our first child, I had not been able to spend this much time with them. I know it’s inappropriate to say, but this kind of made me quite happy.

Children grow up so fast, don’t they? So, it was such an obvious reminder, making me realize that it’s now or never.

This time round, we’ve placed the theme of ‘Daughter of Lupin 2’ on ‘family ties.’ As for myself, I lost my father at the end of last year, and when you have four children, all kinds of problems rise up too. That’s why the period raised my awareness towards the idea of a ‘family.’ So, there’s a strong family theme this time around, especially as we head towards the final episode. 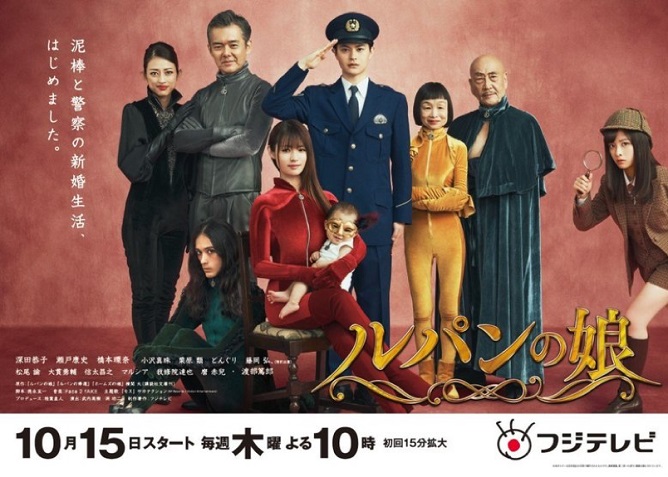 One of the most eye-opening parts this time round was the audition. We were looking for a child actor to play the role of the daughter of Kazuma and Hana Sakuraba to appear from episode 3. Usually, we spend two whole days auditioning about 80 people. And then after narrowing it down to about 5 to 10 people, we have a final interview session.

However, this time round, we tried the remote style audition, which I learned about from one of the makings of an American drama series. We passed on the script to the child actor’s management agency and asked them to record a sample video from home. The parents filmed the videos with a smartphone in quite a high quality, and it also seemed like they were very particular with the camerawork and its composition. For example, the fathers were passionately playing the role of the other actors. It made us realize that we can also do a good job of judging from the videos sent in for auditioning. I wondered why we hadn’t been able to figure out this method before. I hope to continue doing it this way in the future. 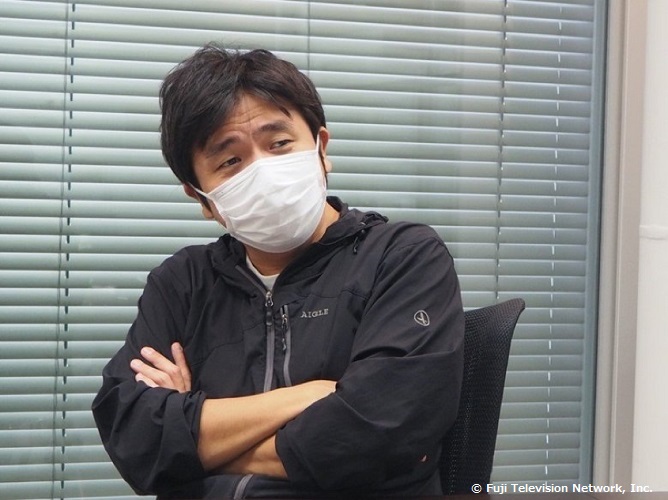 Another good thing is that we can easily have meetings to discuss the script. Up until now, the director, myself and the scriptwriter would have to arrange our schedules to meet up at a coffee shop, but now, as long as there’s a Wi-Fi connection, we can have a meeting as usual, even if for example I’m in Chiba for on-location filming. The cut down on travelling time has also made quite a difference. Things like Wi-Fi and Zoom (online conferencing tool) have been around for a while, but I didn’t realize it until the current situation.

Up until now, there was this stereotypical notion that script meetings were supposed to be a face-to-face with everyone. We all used to gather in the conference room, walking around with serious looks on our faces and crunching down on snacks, with the meeting continuing on well into midnight. We used to assume that if we didn’t work in this way, then it would not be possible to create good contents.

Q: Will you be focusing on remote script meetings in the future too?

I think we may continue to incorporate it depending on the filming schedules, as it cuts down on travel time and has the advantage of allowing us to simultaneously work with many other things too. However, in some ways, it might have also been possible since we had already worked with the scriptwriter on the previous ‘Daughter of Lupin’ series too.

With people who we work with together for the first time, sometimes having a meal and drinking together, talking about our favorite films for example, helps us to share our creative values. This is actually quite important for production sometimes.