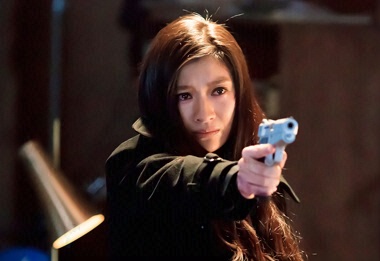 Unfair ―― Its 10 years of history comes to an end.

Divorced once, a mother of a girl, and a heavy drinker... The detective woman, Natsumi Yukihira finally steps into the "real truth".

Since when the original TV series started on January 2006, it has successfully captured what’s deep inside of people and society, and has received massive praise for the perfectly unpredictable story and an incredible list of the cast. And after 10 years, the "Unfair" is coming to an end!

While going after the truth about the death of her father who was also a detective, she finally finds out a

Natsumi Yukihira joins the Tokyo Metropolitan Police Department to uncover the truth behind the death of her father, who was an experienced and capable police detective. Once inside, Natsumi discovers that he was investigating an internal corruption case. She pays a huge personal price to gain access to highly confidential data that will expose the corruption and avenge her father’s death. Natsumi is biding her time, waiting for the right moment to use her information.
Meanwhile, Prosecutor Katsuaki Murakami of the Tokyo District Public Prosecutors Office’s Special Investigation Unit and his father, ex-Attorney General Naruaki Murakami are murdered. Primary suspect Naoki Tsushima requests Natsumi to investigate his case. He believes he is being framed for threatening to expose the “dark” side of the police organization and Natsumi is the only detective he can trust. At the same time, Masaomi Takebe of the Supreme Public Prosecutors Office presses Natsumi for information, suspecting that the Murakamis had ties to an illegal entity. Her ex-boyfriend, Michitaka Ichijo, who she thought was dead, resurfaces and warns Natsumi that she may be in danger. The “dark” organization must recover the confidential data in Natsumi’s possession. Will they make their move?!

In order to reveal the truth behind the police corruption investigation initiated by her father, Natsumi does the unthinkable. Meanwhile, the “dark” organization plays mind games, doing everything within its power to drive Natsumi into a corner…