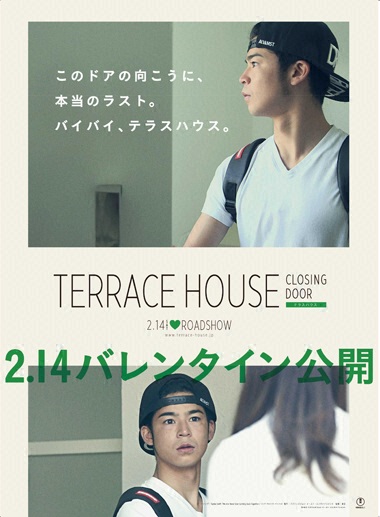 "Terrace House" had continued ever since that day.

"Terrace House" was a TV reality show that captured the lives of six men and women who lived together in a share house overlooking the sea. Ever since the show began in October 2012, it followed the unscripted life stories of a total of 22 young people over the course of two years. And in September 2014, the show came to an end despite its continued popularity. The final scene featured Tetsuya Sugaya ("Tecchan"), who had lived in the share house during the entire run of the show, opening the door to the house. But beyond that door that day, the beginning of a new story that led to the true ending awaited him. The final days featuring Tecchan and his new housemates, plus familiar faces from the TV series will begin.

The only things the show provides are a beautiful house and nice cars. As before, there is no script.

Tetsuya Sugaya
Seina Shimabukuro
and others