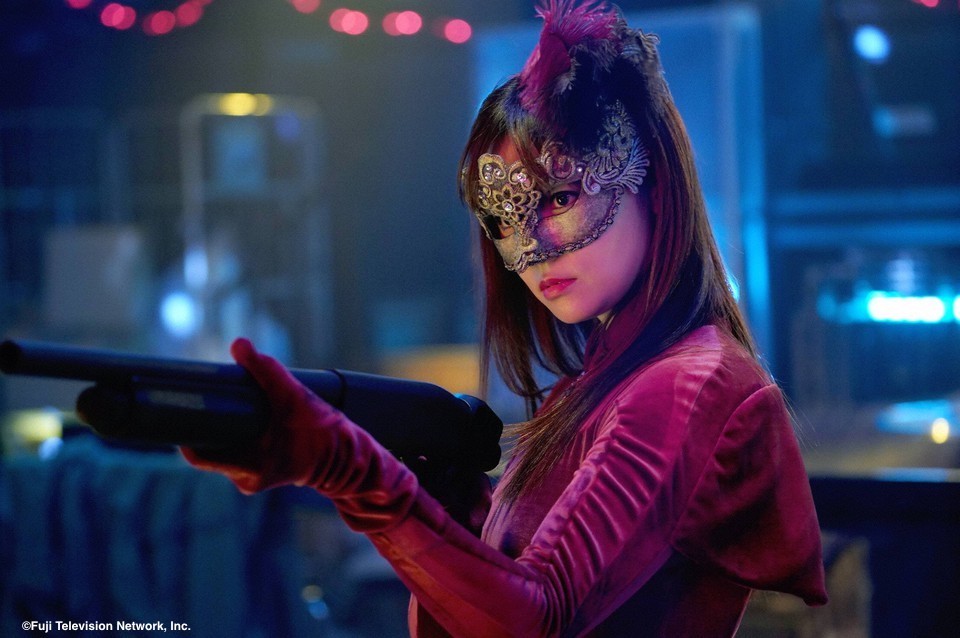 Here’s the interview article with Kyoko Fukada, the star of Fuji TV’s new Thursday night drama series, ‘Daughter of Lupin 2.’ She talks about many of the challenges as well as her thoughts for the new series!

Q:As a new sequel, what are some of the attractive factors of ‘Daughter of Lupin 2’ and your favorite scene?

The last episode in the previous series ended with the ‘Mikumo’ family living with the ‘Sakuraba’ family, and I'm looking forward to seeing the interactions between these respective families once again. It doesn’t always seem like they are on similar wavelength, however, they are communicating with each other in the same exciting tempo.

Q:The script is fictional, but we heard that you guys are trying to include some of the recent topics too?

Like a ‘remote thief’?! I had never heard of such a thing, so I was surprised that this kind of way is actually possible (laughs)! Yeah, so it looks like the story is including topics that we may be all familiar with these days, such as a computer screen all of a sudden getting frozen (laughs).

Q:So, you are now playing the character ‘Hana’ once again after about a year!

It was very easy for me to get back into the role, because we started filming at the same place where we had completed it the last time round. The staff members are almost similar, so it feels comfortable for me to play the part, since I could immediately feel the atmosphere I had already been used to on set.

Q:How about the relationship between Hana and Kazuma (Koji Seto)?

They are just purely in love. Hana is a thief, but personality wise, she’s quite pure-hearted, and Kazuma is a police officer who has strong feelings of love for her. But they have a hard time because of their conflicting jobs. This would all be different if they had other professions. I'd be happy if they didn't have to go through these kinds of hardships as such in the sequel. And that one day they can become a normal family.

Q:So, what do you think are the attractive areas of Koji Seto as an actor?

There are so much. During the rehearsal for the last series, there’s a scene in which Kazuma shed some beautiful tears of affection towards Hana. I was surprised to see him achieve this even for just a rehearsal. He’s also working out hard for the shootings and is someone who puts in so much effort into his acting.

Q:The previous series was also a hot topic on things like social media, and the new sequel also seem to be receiving a lot of attention!

I think the story is packed with elements that can be enjoyed by people of all ages, from small children through to adults. Also, during and after the last series, I was asked to do the "L pose" in various places. I'm sure that there will be more new poses in the sequel which I think everyone will want to try out, so please look forward to it. I always feel so happy when it's getting a lot of attention, so I want to make it into something that will surprise the viewers even more. Plus, I hope the exciting developments in the story will be buzzed around on SNS too!

Q:Lastly, could you describe some of the attractive elements of the sequel?

We have some new cast members on board, but on the whole, as it's the same team as last time, I'm sure we are being able to deliver something more extraordinary than the last one! The drama is packed with scenes which have astonished all of us from reading the scripts and actually witnessing the dynamics of everything on set. Such scenes can be enjoyed from episode one, and each of the characters are played so elegantly and perfectly, so I hope everyone continue to enjoy it!