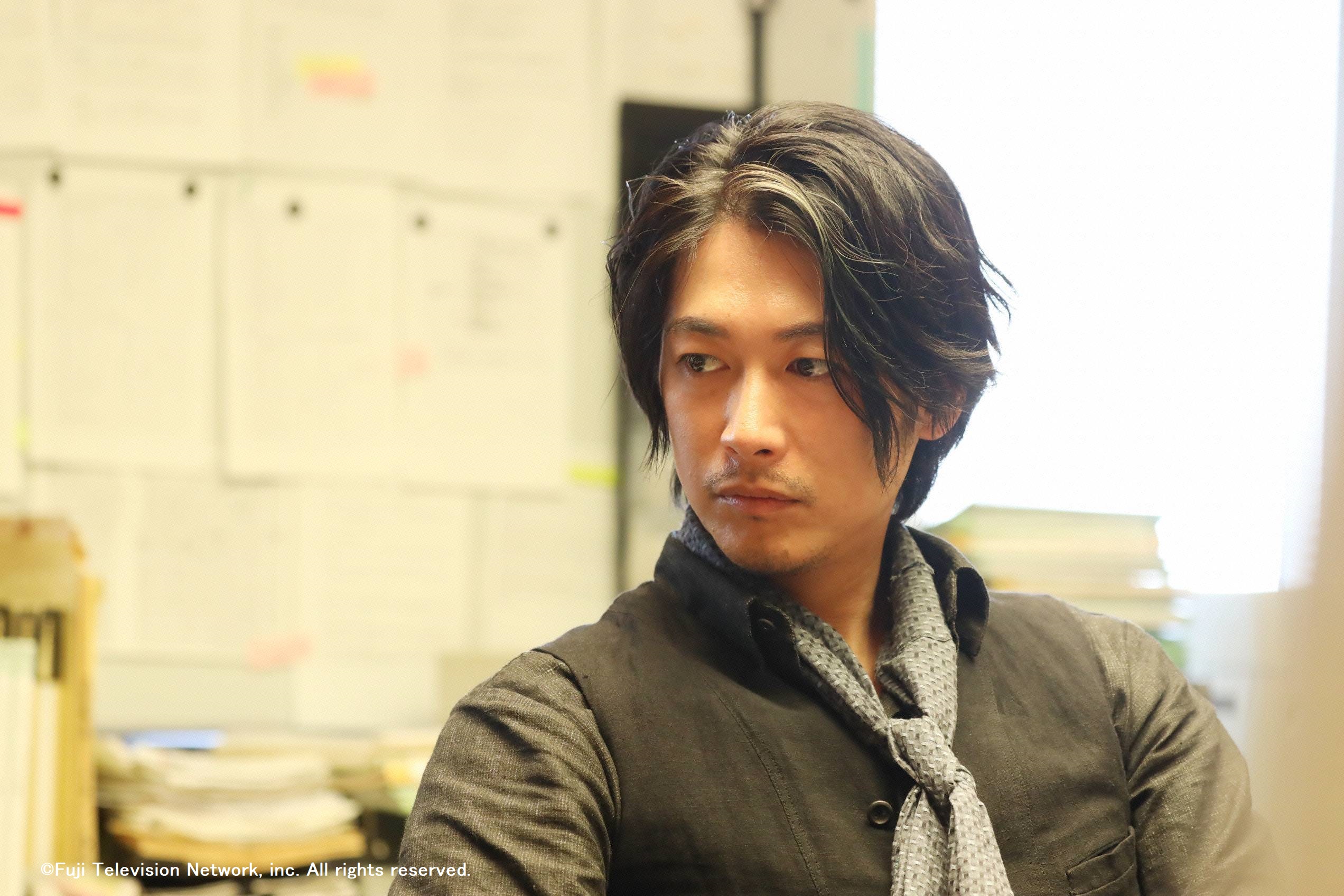 Playing the legendary role of Shishio Homare (‘SHERLOCK’) in the original story, Dean Fujioka is now the star of our Monday night drama series, ‘SHERLOCK : UNTOLD STORIES.’ Here’s the exclusive interview, in which he discusses about some of the behind the scenes gossip from the new series.

Q What’s your impression of ‘Sherlock Holmes' as an original story?

The legendary detective, ‘Sherlock Holmes’ instantly came to my mind without pausing for thought. It’s something that I had often watched ever since my childhood. Including contents based on the original story, I had seen many of the dramas and movies associated with it too.

Q There are many hit dramas and movies based on the world of ‘Sherlock.’ What are some of the unique qualities about the series this time around?

If we simply had to mimic the other contents, then all we should do is just to watch how other dramas had been created right...? Rather, right from the beginning with the director, we tried to think of how we can make it a drama series, which is uniquely valuable in its own right, as well as deriving a meaning from it. This process was the same for when we were filming the ‘THE COUNT OF MONTE-CRISTO:GREAT REVENGE’ too.

Q Could you give us some examples of this?

This time round, the drama series is set in Tokyo which is also a key word for the drama series. I think that it is important to keep in mind, what Japan can present itself to the world, such as through culture, and also recognizing the things Japanese people are proud of as a nation is very important. These ideas have been at the center for when I’m playing the role of my character, and also when I was creating the lyrics for the theme song. I’m always talking with the director and staff members about these kind of points. I guess, it is some of the hurdles and challenges about making a Japanese version of a drama series based on the legendary story from abroad.

Q What kind of character do you think Shishio (‘Sherlock’ in the original story) is?

I think ‘solitude’ may be a good word to describe him. Generally, a super genius tends to be isolated. As in any kind of field, I think that it may be a little tricky to understand with someone else. But, it’s people like him that are able to attain and recognize one’s ability as a genius...

Q When we think of Sherlock Holmes, his unique items such as his hat and the ‘pipe’ comes to mind. What about Shishio?

I have this image of him of always wearing a long trench coat, but not a pipe so far. Shishio often possesses secret items and weapons hidden inside his coat. For example, he has special keys which look like a normal ring...

Q Sherlock is an ace violinist in the original story, right?

I’m practicing the violin every day, as there are scenes in which I have to play it, in order to respect the original story as much as possible. Sherlock is also known as a master of boxing, and as I like action, this is perfect for me. But, at the same time, people who play the piano or the guitar also has to take care of one’s fingers right...? As having a passion for boxing, whilst being enthusiastic for playing the violin, may be contradictory for some of the scenes, we decided with the director to make it as a character who is a master of fighting, but also is someone who is careful of using his fist during a scuffle...However, portraying a character who in some cases get involved in a scuffle may help to bring out a side to his character which may only be unique to Shishio.

He seems kind of fresh and vibrant. We had a rehearsal for a part at the beginning in which Shishio and Junichi clash with one another. I think that these kinds of scenes are important for them to get to know each other more, and this in turn often makes the characters to gradually blend into the roles. Working with these kinds of areas again and again is actually quite essential, as it begins to make you see and understand the actor’s characteristics even more. It will be interesting to see how the relationship between the two of them develops, as they begin to solve more cases together. Along with the thrilling investigation which is unfolding, I think that these kinds of aspects are another exciting side to the story to watch out for. Though usual mystery solving stories tend to be too top-heavy with logic, Takanori Iwata, creates a good chemistry for his role, and this has been a good influence for me to think about the way to approach my character. It will be interesting to continue creating a new style of character for ‘Sherlock’ with him.

Q What would you do, if you knew someone like Shishio?

If he was at a normal office, I reckon he would be out of there in less than 3 days (laughs). But, then it might be interesting to see what would happen, just out of curiosity... When you meet someone who is so talented and gifted, there’s a high chance that you’ll be awed, but at the same time be filled with admiration. But, it could be a little overwhelming to have someone like him living next door to me in real life though... (laughs).

Q This time round, it’s a Monday night drama series based on an original story…

When you think of ‘Monday Night Dramas,’ you would think of stories which revolve around romantic relationships, so when I first heard that I would be tagging up with Takanori Iwata, I thought that it was going to be a relationship story with him...(laughs) I’m interested to see how the viewers are taking in this new style of a drama series on a Monday night...