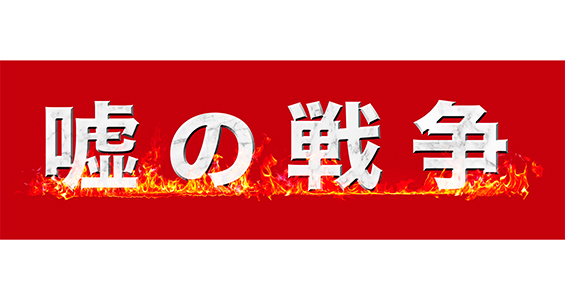 Two years after the airing of "War of Money," the show's screenwriter, director and production team are all reunited to create its sequel "War of Lies" starring Tsuyoshi Kusanagi.

Koichi's father killed his mother and his brother, then he took his own life—or so it appeared. In fact it was all a set-up. Koichi (Tsuyoshi Kusanagi), 9 years old at that time, was the only witness present at the scene and saw the face of the true murderer. Despite his repeated testimony, no one took him seriously. He was called a liar and even his relatives looked at him with suspicion and distrust. Growing up, Koichi learned to master the art of lying and turned into an extremely skilled liar.

Eventually, he moves to Thailand, changes his name, gets a fake identity and becomes an extremely successful conman. There he meets the murderer who killed his family 30 years ago. He swears himself to take revenge and returns to Japan...