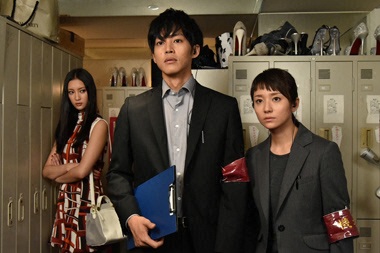 Blending suspense, action and romance, "Siren" is a gripping, emotionally charged, romantic suspense story that draws the audience into a web of intrigue and danger!

Based on the popular comic series by Sayaka Yamazaki, the story follows Shinobu Satomi (Tori Matsuzaka) and Yuki Inokuma (Fumino Kimura) who work as detectives in the Mobile Investigation Unit of The Tokyo Metropolitan Police Department. The two are assigned as partners on the job and consider each other as rivals. However, once off the job, they are a couple but they keep their relationship a top secret. One day, Shinobu and Yuki were at the site where a dead body was found. There, they encounter a mysterious beautiful woman named Kara Tachibana. Soon, a series of bizarre crimes involving gruesome murders begin to occur; and strangely, Kara always appears at these crime scenes. Together, Shinobu and Yuki attempt to find the truth behind the serial murder cases and uncover Kara Tachibana’s identity.