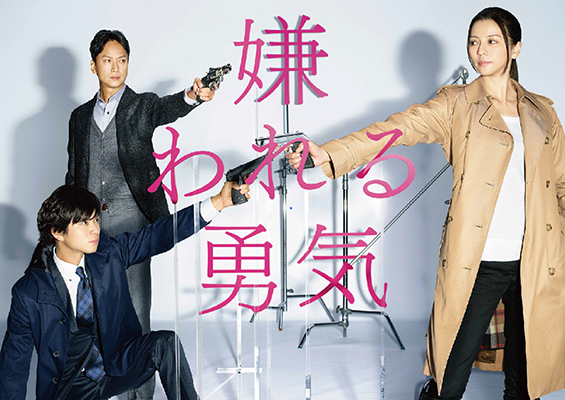 Based loosely on the best-selling self-improvement book of the same title, "Kirawareru Yuuki" (The courage to be disliked), this drama depicts a young female detective who appears to completely embody Alfred Adler’s psychoanalytical theory.

Ranko Ando (Karina) is a police detective. She is single and has no boyfriend currently. Even though she is only 32 years old, Ranko is extremely capable at her job. With a track record of solving many difficult cases, she is regarded as one of the top detective of Metropolitan Police Department. She doesn't listen to others’ advice, never cares what others think about her and does things the way she wants to.

Ranko starts working with a new partner Toshio Ooyama (Shigeaki Kato). Toshio, who has long dreamt of being a detective, has a strong sense of justice and is the complete opposite of Ranko. He cares what others think of him and tries hard not to be disliked. Working side by side with Ranko, Toshio comes to hate her for her arrogant attitude and willful behaviors. Will “the world’s most disliked female detective” Ranko and her overly self-conscious partner Toshio be able to learn to co-exist with each other and get their job done?