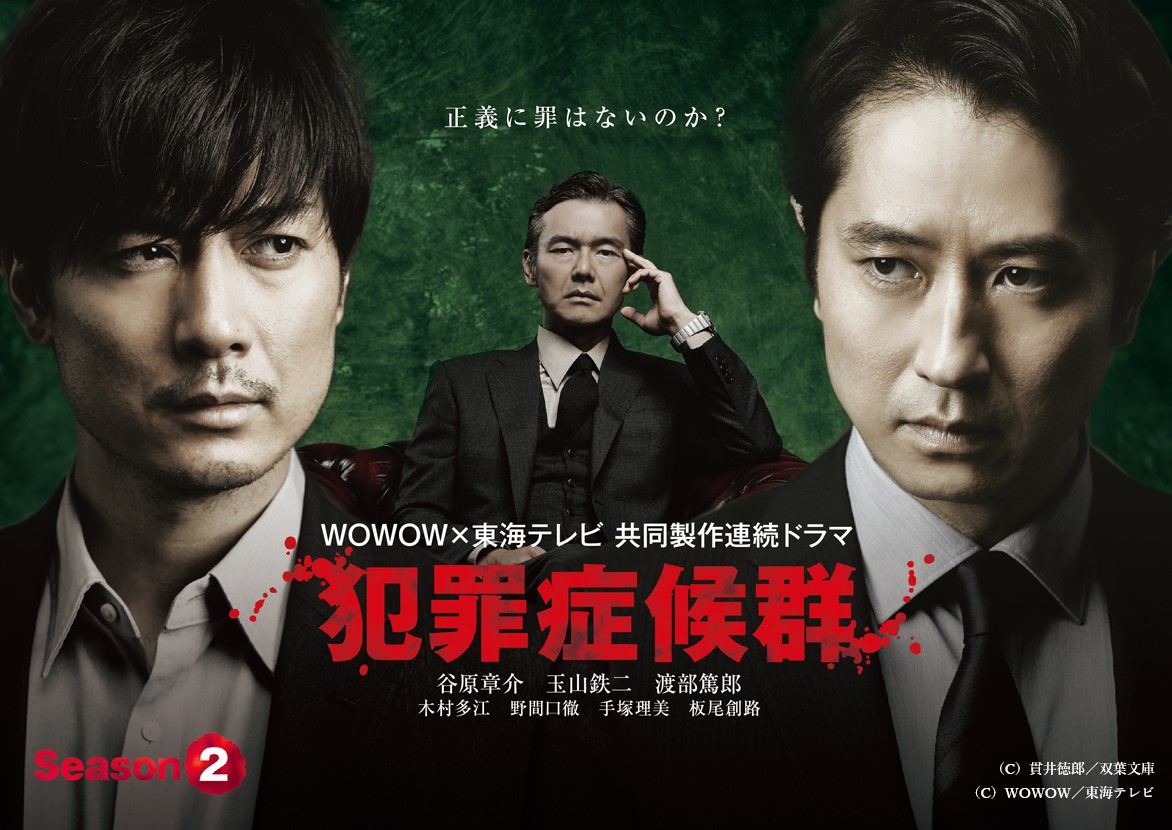 Mamoru Kaburagi (Shosuke Tanihara) is relegated from the Metropolitan Police Department to the jurisdiction. One day, the body of a boy who is thought to have fallen under a building is found, and Kaburagi attends to verify the scene. Eventually, the case is treated as an accidental death, but Keigo Tamaki (Atsuro Watabe) of the Metropolitan Police Department is suspicious. Tamaki summons Takashi Mutoh (Tetsuji Tamayama) and gives him some documents. It was a "record of four fatal accidents" that had occurred in the past year. As a matter of fact, the four people who died had one thing in common: a history of murder in the past. And the boy who fell to his death this time also had a history of murder. In the past year, five minors with a history of murder have died in "accidental deaths". Feeling that there is something behind the events, Tamaki asks Muto for his cooperation in the investigation. Muto conducts a secretive investigation that leads him to the Association for Thinking about Juvenile Crime, an organization for the families of victims of juvenile crime. The man claiming to be the head of the organization has had a loved one killed by a minor, and both of his assailants are dead. Tamaki and Muto becomes even more suspicious.

Kaburagi, who is in charge of the investigation, is also trying to find the answer to a serial murder case. In the story of one mother's heartbreaking resolve, of loving her disease-stricken son. Vengeance should not be the driving force of justice, but isn't that going to save some people? The more the vengeance obsessed Kaburagi learns about the incident, the more his anguish becomes apparent. What kind of an ending awaits Kaburagi, who is wavering between "the right or wrong of revenge" and "the meaning of justice"?

"A hell without a revenge, another hell with a revenge"
This is an epic with the profound theme as a suspenseful drama.

Mamoru Kaburagi (Shosuke Tanihara) is relegated from the Metropolitan Police Department to the jurisdiction. One day, the body of a boy who is thought to have fallen under a building is found, and Kaburagi attends to verify the scene.

Mamoru Kaburagi waits desperately to see whether he could get in touch with Kyoko, who works for an organization which puts the focus on the issue of juvenile crimes…

When Kaburagi finds out that Mutoh and Tamaki are getting close with their investigation, he pleads Kyoko to go into hiding. And as he realizes that he doesn't have much time left, he gets behind with a suspect in the serial murder case he has been investigating as a detective.

Anxiety creeps into Kaburagi's mind after he loses contact with Kyoko, a member of the a discussion group for juvenile crime. Meanwhile, plans go ahead for revenge against underage criminals...