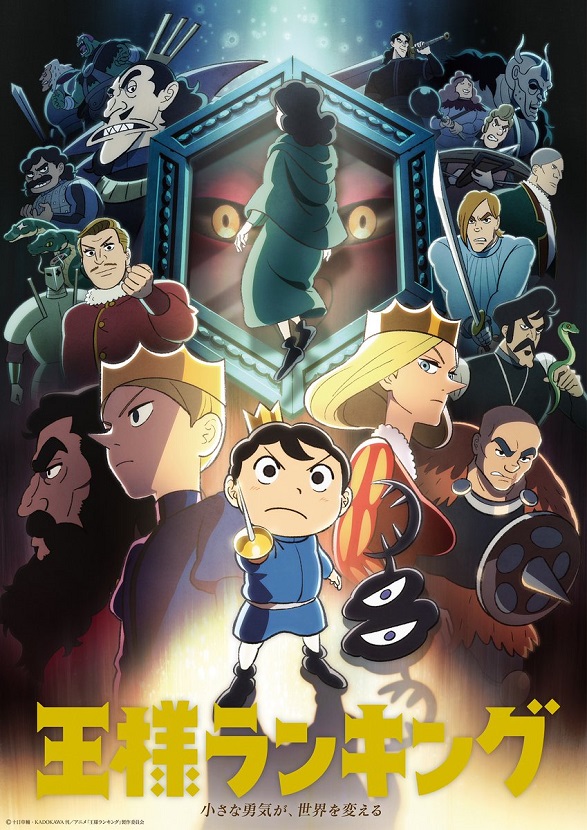 How prosperous your nation is, how many powerful warriors it boasts, and how heroic and strong its king is. These are the criteria that factor into the system known as the Ranking of Kings.

The main character, Bojji, was born the first prince of the kingdom ruled by King Bossu, who is ranked number seven in the Ranking of Kings.

But Bojji was born unable to hear and is so powerless that he can’t even swing a sword. In consequence, not only his own retainers, but also the public, look down upon him as completely unfit to be king.

It is then that Bojji finds his first friend, Kage.
His fateful encounter with Kage ignites a tiny spark of courage, and Bojji’s life takes a dramatic turn…

★Depending on the country/region you live in, you may not be able to play the PV below.