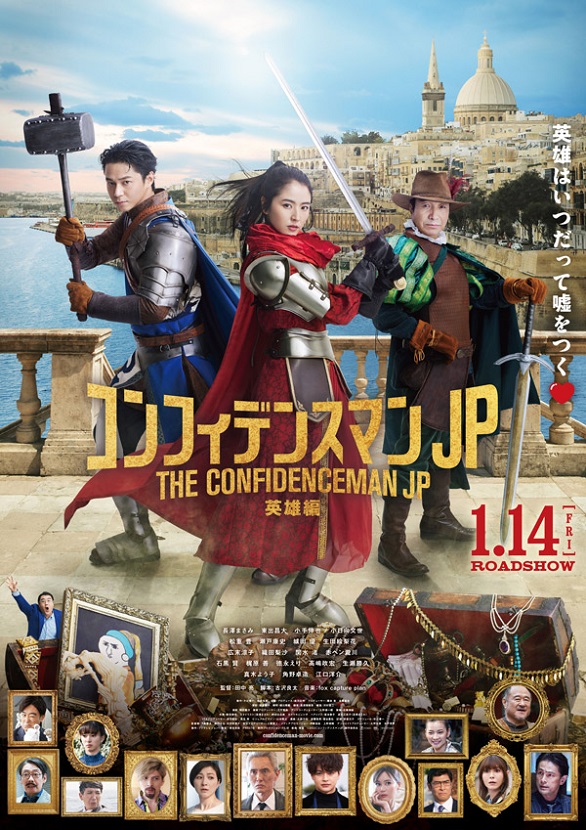 The scam artists will battle it out in the City Valletta, the capital of Malta and a designated UNESCO world heritage site.

Trust no one, not even your comrades!

The “Third Generation Tsuchinoko” -- the master con man hailed as a “hero” has died.
Dako, Boku-chan and Richard all honed their skills under his tutelage.

The title of "Tsuchinoko" is handed down in secrecy to the Confidence Man (scammer) with the greatest skill, setting the stage for a showdown between his three star pupils. The contest will take place in the world heritage city of Valletta, Malta, an international gathering place for the rich and famous.

Their target is the invaluable ancient Greek sculpture “Dancing Venus”, currently owned by a wealthy, retired Spanish gangster. Each scammer adopts a unique strategy in pursuit of the target, but the police and Interpol are also hot on their heels.

Who will laugh last?!
No one knows how the biggest scam in history will end!
Who is the true "hero" and what is the ultimate "truth"?