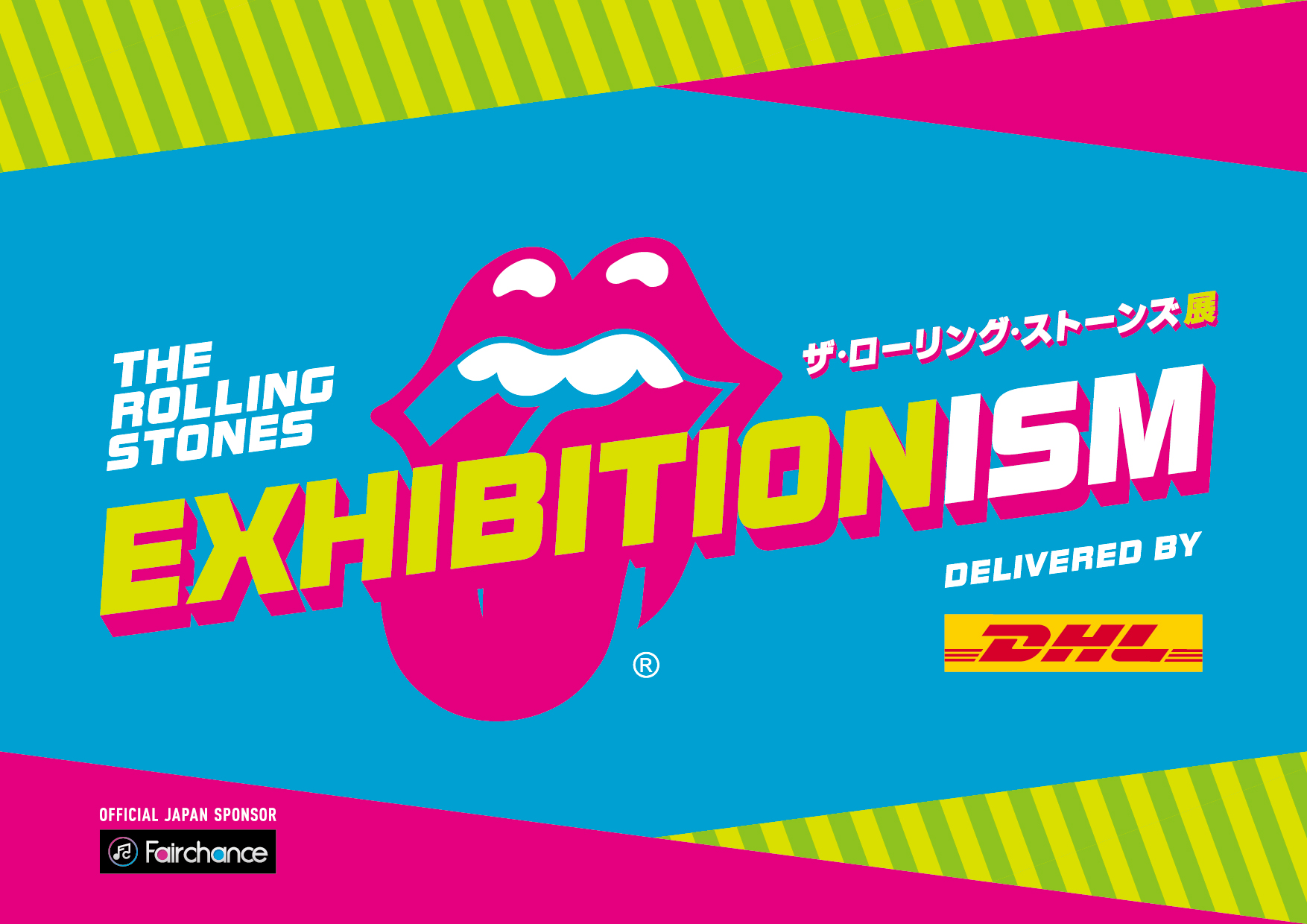 Exhibitionism – The Rolling Stones Exhibition is the Stones’ extensive retrospective exhibition, produced by the band members themselves. Looking back on the band’s career, which began over 55 years ago, Exhibitionism features rare and precious archives such as artworks, films, musical instruments/equipment, photos and stage clothing. Fans can also enjoy a variety of interactive audio and video experiences.

The massive scale of this world-touring exhibition is unprecedented in music history; so far it has travelled to London, New York, Chicago, Las Vegas and Nashville, and it is currently showing in Sydney. Displaying the band’s huge private archival collection for the very first time, it has been highly acclaimed by not only Stones fans but also by music and art fans in general. In spring 2019, Exhibitionism – The Rolling Stones Exhibition will finally come to Japan, the only Asian country to host the exhibition.

DHL Express APAC CEO Ken Lee said, “We’re truly delighted to bring Exhibitionism - The Rolling Stones Exhibition to fans here in Tokyo. Delivering more than 500 rare and priceless artefacts on behalf of the band is both an honour and a recognition of DHL’s worldwide expertise.”

Exhibitionism – The Rolling Stones Exhibition – What you need to know!
- The very first large-scale world-touring exhibition, produced by the band members themselves!
- Japan is the only Asian country to host the exhibition!
- The biggest exhibition of its kind in music history!
- More than 500 items featured!
- Attendance of over one million people in five locations around the world!

Mick Jagger:
“We’ve been thinking about this for quite a long time but we wanted it to be just right and on a large scale. It’s not going to be like walking into a museum. It’s going to be an event, an experience. It’s about a sense of the Rolling Stones – it’s something we want people to go away talking about it.”

Keith Richards:
“While this is about the Rolling Stones, it’s not necessarily only just about us. It’s also about all the paraphernalia and technology associated with a group like us, and it’s this, as well as the instruments that have passed through our hands over the years, that should make the exhibition unforgettable.”

The History of the Rolling Stones

The British rock band the Rolling Stones was formed in London in 1962. In 1963, they made their recording debut with the single “Come On”. The band members at that time were Mick Jagger (Vo), Keith Richards (G), Brian Jones (G), Bill Wyman (B) and Charlie Watts (Ds).

With their bad-boy image and their wild sound rooted in blues and R&B, heard in songs such as “(I Can't Get No) Satisfaction”, “Paint It Black”, and “Let's Spend the Night Together”, the Stones soon became an internationally-famous band to rival the Beatles. The Stones would eventually dig even deeper down into the muddy sound of roots music, starting with 1968’s “Jumpin' Jack Flash”.

When Jones left the band the following year, Mick Taylor joined in establishing a unique loose and hip rock'n'roll sound, centred on the interplay of two guitars. This was the era in which the band gave birth to “Honky Tonk Woman”, “Brown Sugar”, “Tumbling Dice” and “It's Only Rock 'n Roll (But I Like It)” among many other songs that would later become favourites in their concert set-lists. Taylor was replaced by Ronnie Wood in 1975, but the band maintained their style while updating themselves through hit after hit such as “Miss You” and “Start Me Up”.

For more than half a century, from the early 1960s up to this day, the Stones have remained at the forefront of rock’n’roll without ever breaking up. In 1990, the band toured Japan for the first time. Although Bill Wyman left the band in 1993, the Rolling Stones have continued to constantly tour the globe, performing massive shows and proving for half a century that they are the reigning icons of the rock'n'roll scene.