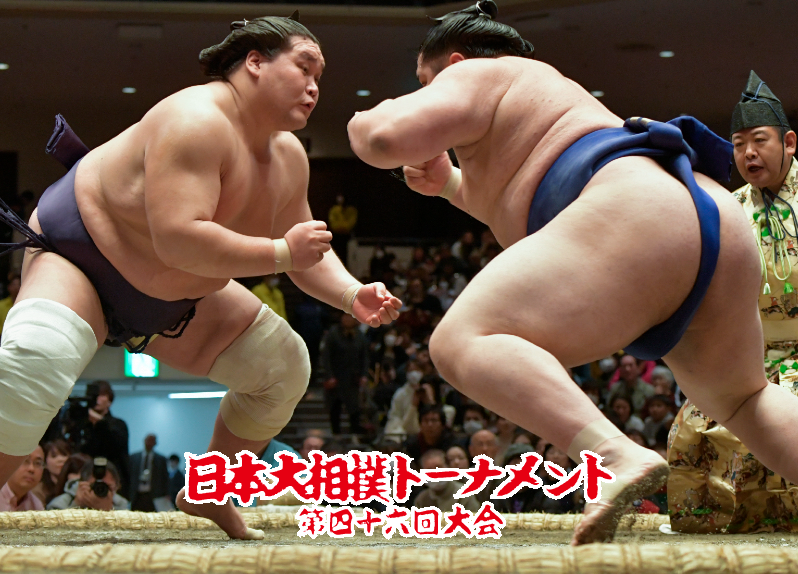 From the first round to the final, wrestlers in the “Makuuchi Division” according to their “Banzuke” from the January 2022 tournament will compete for the honor of winning the 46th tournament.

It’s a ‘must win’ tournament, for which wrestlers must step into the ring many times to advance to the final. There's even the possibility of an unexpected turn of events and showdowns of wrestlers from the same stable! It is impossible to watch such bouts at the “Honbasho” official tournament.